skip to main | skip to sidebar

On Stuart Hall - My Publishers once asked me:

'Whose achievements would you like to emulate within your own field?' I answered:

"That will have to be the great Stuart Hall. Here is a black man from Jamaica who has only a first degree in English but who transgressed disciplinary boundaries by becoming a Professor of Sociology and in the process helped to create a new discipline, Cultural Studies, while remaining a public intellectual, ever so critical and ever so committed to community engagement. Interestingly, while I was doing the field work for the book on Black Women and the Criminal Justice System, I heard Hall on the Open University television broadcast, deconstructing the poem, Tiger, by Blake, and I was transfixed, watching this brother that I had not met but wished that I could meet. Lo and behold, the very next morning, who do you think that I bumped into on Kilburn High Road? The great man himself, looking very ordinary and pedestrian. I started to holler as we used to do in Nigeria, Prooofff! Prooofff! He smiled and asked me what I was doing in London, he must have known from my theatrical accent that I was another Third World native like himself. I told him my research topic and he said, ‘that must be very challenging’. Exactly my own feeling even though some colleagues tried to discourage me on the ground that a man would find it difficult to do research on women. They would ask me to change my topic to black men or to corruption in Nigeria but my guru, Hall, saw where I was headed and he invited me to his home nearby to discuss my research. He asked if I had a pen to write his phone number and I said that I would remember it any day. He gave me the number and walked on and I rushed into the shop nearby to borrow a pen and write it down to be double sure. When I visited his cramped study with books everywhere. He asked me to explain my perspective and as soon as I started to talk about black women facing race, class and gender discrimination in the criminal justice system, he pounced and told me that I was talking about articulation. But, excuse me, from what I know, articulation is about the modes of production and all that. Yes, he said, but you can abstract it and apply it to social relations as well. He gave me a 1980 UNESCO book on race in which he has a chapter on race and class articulation and I have never looked back theoretically." 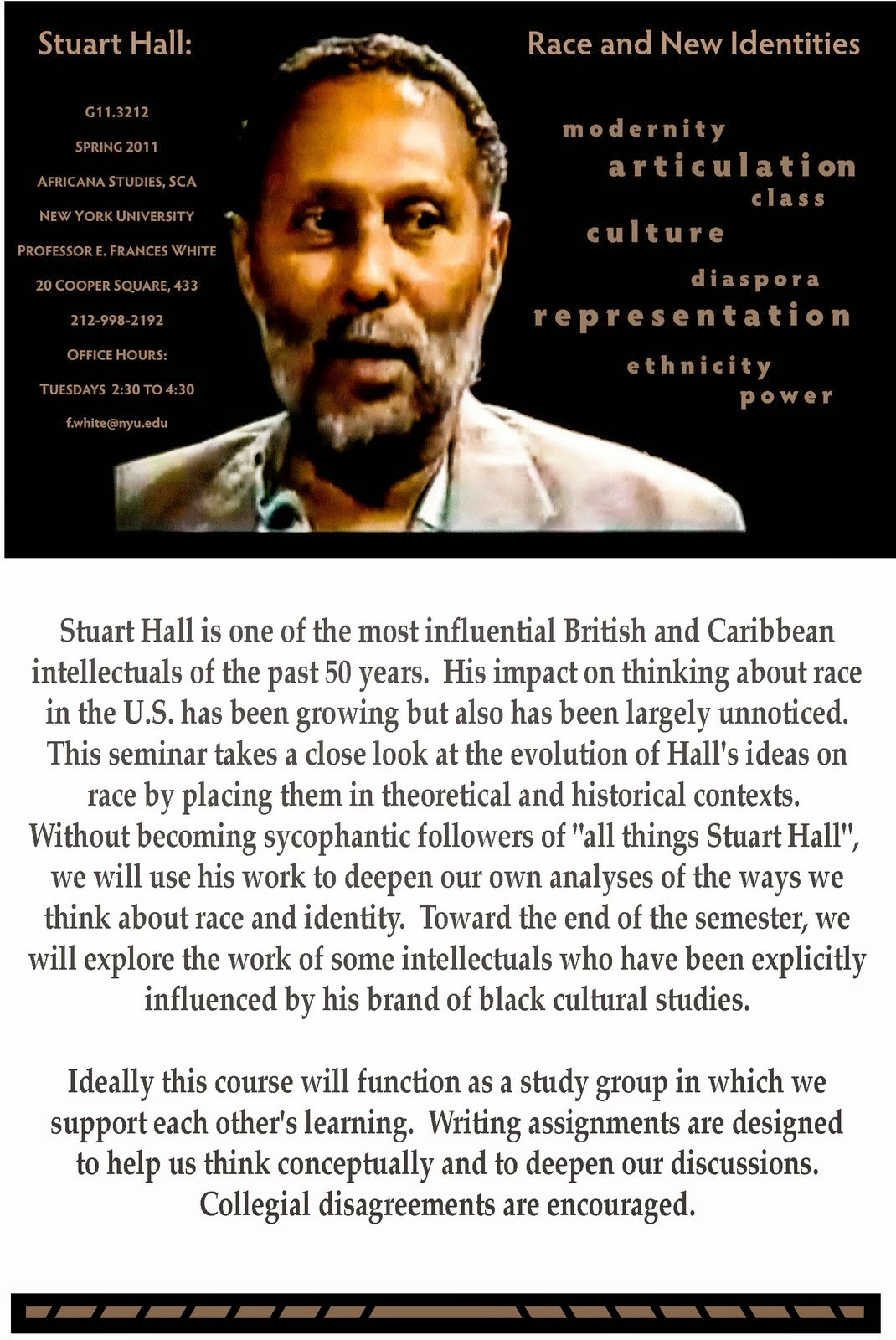